This Season's Featured Soloists (in order of appearance, with upcoming soloists featured first) 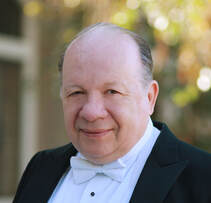 Robert Sage is Music Director of the Claremont Symphony Orchestra and the Claremont Youth Symphony Orchestra. He has been a member of CSO for over 35 years as both piano soloist and Conductor, during which time he has performed a substantial portion of the piano concerto and symphonic literature. Dr. Sage's Master's and Doctoral degrees in Piano Performance were both taken at the University of Southern California, under the tutelage of Lillian Steuber. He also studied with Harry Datyner, of the Geneva (Switzerland) Conservatory, and has taken master classes in conducting under the direction of Herbert Blomstedt and David Willcocks.

Gloria Cangahuala has played both piano and violin since the age of four. She has been a violinist with Claremont Symphony Orchestra for 21 years and is in her 13th season as its concertmaster; she has been the featured piano soloist twice before with CSO. She is also CSO's Executive Director; former Executive Director of the Claremont Youth Symphony Orchestra; and pianist, violinist, and cantor at Our Lady of the Assumption Church in Claremont. Ms. Cangahuala is also a composer and in March 2020 attended the world premiere of one of her choral compositions in New York. 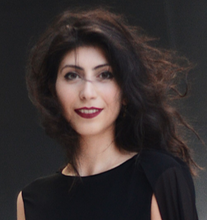 With a “timbre of melodious, bell-like clarity” (Rochester City Newspaper), Armenian-American soprano Natalie Buickians is a burgeoning young talent with immense vocal versatility and musicality. She most recently participated in the Aram Khachaturian International Competition, where she took top prizes, and placed 2nd in the Friends of Eastman Opera Aria Competition and 3rd in the Jesse Kneisel Lieder Competition. Dr. Buickians made her European debut in the roles of Suor Genovieffa in Giacomo Puccini's Suor Angelica, Nanetta in Giuseppe Verdi's Falstaff, and Leonora in Friedrich von Flowtow's Alessandro Stradella. Other operatic engagements include the role of First Lady in Mozart's Die Zauberflöte with Opera Philadelphia's VIVACE, Giulietta in Jacques Offenbach's Les contes d’Hoffmann at the Napa Music Festival, Elle in Francis Poulenc's La voix humaine, Susanna in Mozart's Le nozze di Figaro, and the Governess in Benjamin Britten’s The Turn of the Screw with Eastman Opera Theater.

As an undergraduate, Dr. Buickians performed the roles of Fanny in Gioachino Rossini’s La cambiale di matrimonio and Mrs. Ford in the West-Coast premiere of Antonio Salieri’s Falstaff (both conducted by CSO Music Director Robert Sage). She received her doctorate at the Eastman School of Music, where she studied with Kathryn Cowdrick. Dr. Buickians was recently named the 2019-2020 soprano winner of the Metropolitan Opera National Council Los Angeles District auditions and will compete in the Western Region finals on January 12, 2020. She makes her home in Los Angeles and maintains an active private studio. 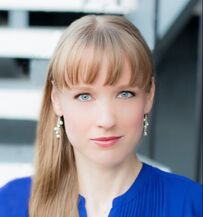 Karin Wilcox first discovered her love of classical singing as a youth growing up in Germany, and this love developed into a passion for opera when she started her studies at Point Loma Nazarene University in San Diego, CA. With the Point Loma Opera Theatre she performed the roles of Zweite Dame in Mozart’s Die Zauberflöte, La Ciesca in Giacomo Puccini’s Gianni Schicchi, Second Witch in Henry Purcell’s Dido and Aeneas, and Madame de la Haltière in Jules Massenet’s Cendrillon.

Ms. Wilcox has distinguished herself as District Winner at the Metropolitan Opera National Council Auditions in San Diego and has been a frequent featured performer in the Colorado Springs Vocal Arts Festival. She made her debut with Opera Theatre of the Rockies in 2014 in the role of Miss Bentson Leo Delibes’ Lakmé, returning in subsequent years to cover the roles of Dorabella in Mozart’s Così fan tutte and Pitti-Sing and Peep-Bo in Gilbert & Sullivan’s The Mikado. Ms. Wilcox went on to make her debut with Boulder Opera in 2017 as Madame de la Haltière in Jules Massenet’s Cendrillon. Most recently she performed the role of The Secretary in Gian Carlo Menotti’s The Consul in her 2018 debut with Denver Immersive Opera.

American Tenor Eric Wolterding, noted for his powerful voice and exceptional musicality, is excited to join the Claremont Symphony Orchestra for this season for both Beethoven’s 9th Symphony and Handel’s Messiah. Mr. Wolterding recently moved to California from New York City, where he worked and studied with world-renowned singers, directors, and musicians for over five years. Mr. Wolterding, known for his dramatic capabilities, is particularly suited for the Verismo repertoire. Most recently, he completed highlights of the role Turiddu in Pietro Mascagni's Cavalleria Rusticana in Manhattan, New York. He has performed the role of Mario Cavaradossi from Giacomo Puccini's Tosca extensively throughout the years in both New Jersey and New York. Mr. Wolterding has also performed abroad in Italy as part of the Assisi Music Festival.

A lifelong lover of symphonic music, Mr. Wolterding begged his parents at age five to play the violin. After two years, his wish was finally granted; he began studying the violin privately and joined a youth orchestra at age nine. He later attended the University of Mary Washington, where he played violin with the UMW Philharmonic, a student and community orchestra, for about eight years. 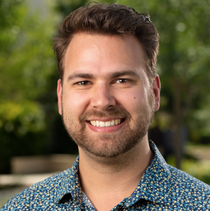 Baritone and composer Joel Balzun received his Master of Music in Vocal Performance and Literature from the Eastman School of Music, where he studied with Jan Opalach and Benton Hess. Recent appearances include the title role in Gianni Schicchi with Pittsburgh Festival Opera and Marcello in Pacific Opera Project’s La bohème. Upcoming engagements include Alidoro in La Cenerentola with The Opera Buffs Inc. and Pictordu in Viardot’s Cendrillon with Lyric Opera of Orange County, in addition to numerous concerts and recitals. Mr. Balzun was recently named the 2019-2020 baritone winner of the Metropolitan Opera National Council Los Angeles District auditions and will compete in the Western Region finals on January 12, 2020. He currently serves on the voice faculty of Biola University. 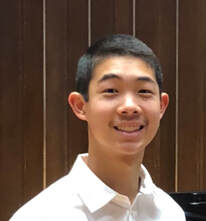 Michael Chu is a sophomore at Ruben Ayala High School in Chino Hills. He started learning the piano when he was six years old and has been studying piano with Irene Yong for eight years. He has won numerous awards on the instrument, including recognition at the 20th/21st Centuries Music Festival, Romantic Music Festival, Southwestern Youth Music Festival, and Musical Arts Competition of Orange County. Michael won 1st Place and was named one of three Grand Prize Winners at the 2018 Satori International Music Festival. He also won 2nd place in his age group at the 2019 International Piano and Strings Competition division of the American Protégé Music Competition and performed at Carnegie Hall in May 2019. Michael is also a violinist, having studied with Sam Way for the past five years. He is in his fourth year as a member of the CYSO 1st violin section and is a member of his high school tennis team. 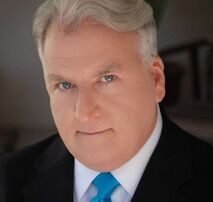 Alabama-born Philip Luther Nash has carved a niche for himself in both instrumental and vocal music, as well as broadcasting. He holds a BA in music from Cal State Los Angeles and a Master of Music in bassoon performance from Azusa Pacific University. He is also in demand as a singer and has played and sung countless performances in his 41-year career. Mr. Nash was a broadcast announcer in Southern California and was heard regularly on KFWB before relocating to Arizona, where he is now a full-time announcer for iHeartMedia. Mr. Nash has appeared with
the Claremont Symphony Orchestra as a vocal soloist for Handel's Messiah and as narrator for performances of Peter and the Wolf and Tubby the Tuba. 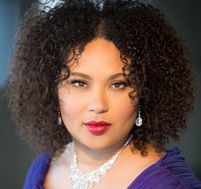 Praised for her gorgeous tone, Jennifer Lindsay’s lyric soprano voice combines freshness and vitality with impeccable coloratura and musical intelligence. Ms. Lindsay began the 2018/2019 season with a critically acclaimed debut as Mimì in Puccini's La Bohème with Opera Connecticut. She continues the season as a Chrisman Studio Artist at Opera Santa Barbara, where she will make her house debut as Mary Warren in Robert Ward's The Crucible under the baton of Maestro Kostis Protopapas, in addition to covering the roles of Mimì in La Bohème and Tatyana in Tchaikovsky's Eugene Onegin. In previous seasons, Ms. Lindsay has been an Apprentice Artist with Opera Southwest, a Resident Artist with Opera Naples, and a Bel Canto Young Artist with the Caramoor Opera Festival. Last summer, she was recognized in the New York Times for filling in at the last minute during a dress rehearsal for Verdi's Aida. When the leading soprano failed to appear, Ms. Lindsay, who is also a violinist, rose from the 2nd violin section and delivered a rendition of 'O Patria Mia' on the spot that astonished her colleagues. Other notable successes include Leonora in Verdi’s Il Trovatore (with Metropolitan Opera tenor Luis Lima), Violetta in Verdi's La Traviata, and guest soloist appearances with the San Diego Symphony and the Pacific Symphony. Ms. Lindsay most recently performed with CSO in the 2018 Messiah sing-along concerts. 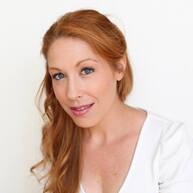 Danielle Marcelle Bond is an award-winning singer & actor. She has appeared in operas, film, animated shows, video games, commercials, and on the improv stage. Ms. Bond has recently been seen as Hannah After in Laura Kaminsky’s As One and Maddalena in Opera Las Vegas’s Rigoletto. She is on the 2017 Grammy Award-winning album of Los Angeles Opera's Ghosts of Versailles as a cast member.
​
Ms. Bond has been hailed by the LA Times with a “Brava!” for her performance as Swiss Grandmother/Austrian Woman/British Dancing Girl in Long Beach Opera’s production of John Adams’s Death of Klinghoffer. As Marilyn Monroe in the US premiere of Marilyn Forever, Opera News said, “Bond played the more private Monroe in a recognizable way, sensuous, nervous, making love to the camera. She sang sumptuously, expressively.” She has charmed audiences in roles such as Carmen, for which Singerpreneur praised her “luscious voice that filled the theater, her intense middle voice ringing with the freedom of her technique.” A special honor for Ms. Bond was when she premiered the role of Lady of the Charts in Kenneth Wells’s opera The Center Cannot Hold, dramatizing the intensely profound memoir of Dr. Elyn Saks’s journey with schizophrenia. Other roles include Dido in Dido & Aeneas, Hermia in Britten’s A Midsummer Night’s Dream, Siebel in Faust, Olga in Eugene Onegin, Cornelia in Handel’s Giulio Cesare, Paquette in Candide, Flora in La traviata, and more. Ms. Bond debuted in Germany as Maddalena in Rigoletto with Opera Classica Europa.
​
Ms. Bond's solo concert work includes Verdi’s Requiem, JS Bach’s Mass in B Minor, the Magnificats of JS & CPE Bach, Handel’s Messiah and Dvorak’s Stabat Mater. Ms. Bond also uses her vocal & musical skills for film, TV, and video game scores, as a voiceover artist, as well as being a film/commercial actress, performing with the improv troupe Not FRIENDS. Ms. Bond most recently performed with CSO in October 2019 as soloist in Elgar's Sea Pictures and in CSO's 2014 Messiah sing-along concerts. 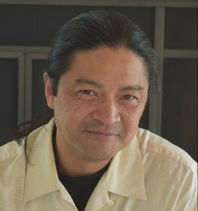 Filipino-American baritone Roberto Perlas Gomez has performed his extensive repertoire of over one hundred roles with many of the international and regional opera companies throughout the United States. His career has had a special emphasis on California. He performs many of the standard leading baritones roles in French and Italian opera, with Figaro in Barbiere and Germont in La traviata being his signature pieces. He recently sang the role of Elias in the Filipino opera Noli me tangere at Kennedy Center.

Mr. Gomez made his international debut as Marcello in La Boheme with Shanghai Opera. He was in Manila to create the title role of Rizal in a premiere celebrating the centennial of the Philippine National hero. Mr. Gomez made his European debut for the Arena di Verona as the Chinese Prime Minister, Chou en-lai, in the Italian premiere of John Adams's Nixon in China, a role he later reprised with Long Beach Opera. He performed his first title roles with Long Beach in their productions of Emperor of Atlantis and Antonio Vivaldi's long-lost Motezuma in its American premiere. He has made a specialty of modern operas, also performing Rambo and the First Officer in Long Beach Opera's The Death of Klinghoffer. Mr. Gomez most recently performed with CSO in the 2018 Messiah sing-along concerts.